We’ve just added an Iveco to our Removal Van Fleet

Well, we’ve had fun and games recently. We decided to invest in a new removal van to help with the summer demand and opted for an Iveco. We all know the risks of buying used vehicles but in our trade, the removal van lives a hard life. Lots of drivers, narrow ten-foots with overhanging branches etc. so buying new isn’t really an option. We can’t have vehicles that limit our capabilities for the worry of a scratch or scrub of the paintwork!

Anyway, back to the Iveco, she has fairly low mileage, she’s been maintained pretty well and not too many owners. Looking at the history, she’s been loved by her previous owners so we took her on. We knew that the rear suspension needed replacing and a couple of tires but you do expect a little bit of work to get any vehicle up to our standards! We did get a bit of a shock with this one though, more than once.

As soon as we bought her, we booked her in. Tires, suspension, full service and health check at our good friends over at Mastertech. Later on that day, we got a call! It was Mastertech telling us that the rear brakes were completely shot and she shouldn’t be used until they were repaired. Furthermore, the rear differential was ‘finished’ to quote them exactly. You know when you’re counting the pound signs in your head wondering what all this will cost? To summarise, what they said was that the full rear end of the running gear was in a bad state of disrepair. We agreed that the best plan of action would be to carry out a full inspection and find out what she needs to bring her back to tip-top shape. Mastertech know our motto! We like to get vans fixed on our terms. By that we mean that we get them in for preventative maintenance on a schedule or at the first sign of a problem. This is to minimise the risk of them letting us down when we’re using them to service our customers. When a vehicle goes in for repair on their terms, it’s usually a huge and costly inconvenience that we try to avoid at all costs.

So, we had the lot replaced, with new parts apart from the differential which we bought reconditioned, so as good as new! Couple that with the full respray and now she is the pride of the fleet! 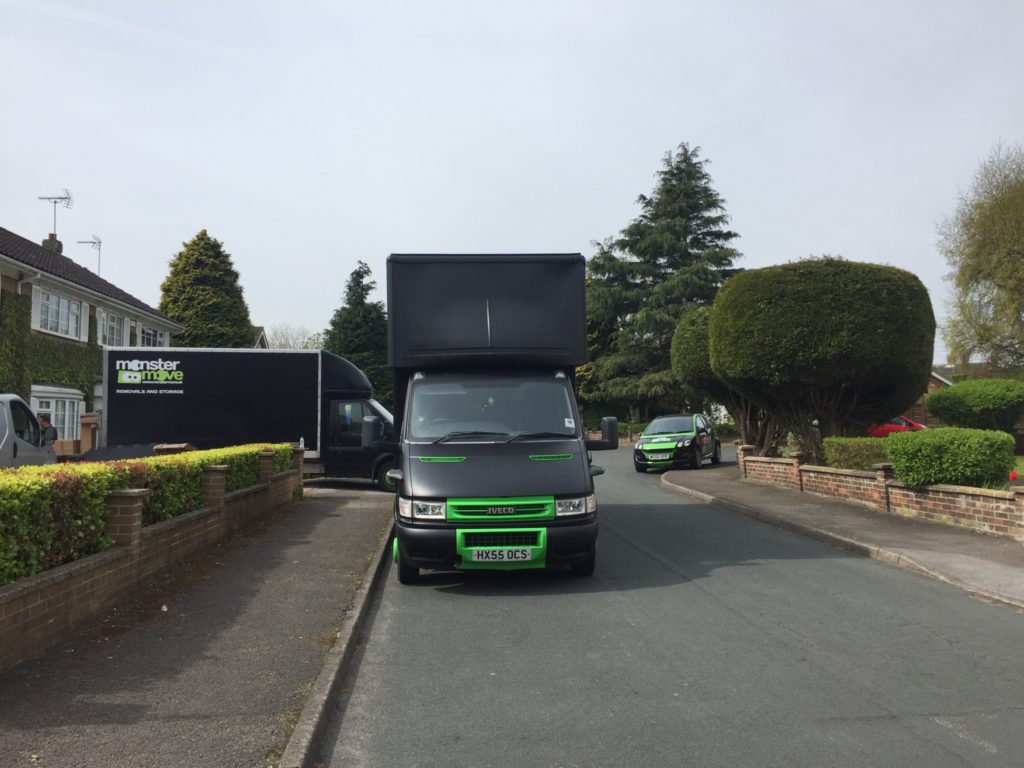 We have learned the hard way when it comes to vehicle maintenance. We used to use little back street garages or the kid on the corner with the Corsa with the loud exhaust, mr. Mobile Mechanic, you know the type! But it did teach us a valuable lesson. If you want reliable vehicles, you have to invest in them! Our oldest removal van is around twelve years old, she’s not the prettiest girl on the street, granted but she wants for nothing! She is maintained to a very high standard, serviced at least four times a year and apart from being a little on the slow side, she’s a lovely van to drive and touch-wood, apart from a clutch that went last year, she’s never missed a beat!

Bad experience with a removal van

I think the worst experience we had with a van failing was when I had a call from two of my team when the gearbox failed on removal van 2 (that’s the black and green 60 plate Ford Transit). They rang and said there was a funny noise coming from the engine, and boy could I hear it in the background, over the phone! I asked if they could try and limp it home (the gearbox was at the end of its life anyway) but ten minutes later, they called and told me that they had pulled into the services and they couldn’t select any gears at all. That was that, game over! Back in those days, we didn’t have breakdown cover (a lesson learned right there and then, I did say that we learned everything the hard way!) so I drove down there, I know a little about mechanics and I was sure that there was something that could be done to get her moving again. Did I mention that this happened in Peterborough?

So, an hour or two later, I arrived with the team with a plan to send them off in my car whilst I dealt with the ‘issue’. Realising there was no rational plan of action, I decided to use force! I pushed down on the accelerator and clutch pedals and pulled the gear lever towards fourth gear, with both hands and pop; into gear she went! With a jump and almost a complete stall, the van started lunging forward and that was it, she was moving. And I didn’t let her stop until I was home. That turned out to be a costly repair! And furthermore, the garage that replaced the gearbox fitted the wrong clutch so it slipped almost constantly, putting her off the road for another few days!

So, there you have it! The trials and tribulation of the Monstermove Removal Vans! I haven’t even mentioned the LDV that we used to have here. I got rid of that from some fairly stern advice from an MOT centre that I used to use. It took them two days to MOT it, they had to call in several favours with Hull City Council to get it roadworthy again and when I picked it up, their advice was ‘don’t bring it back’. Ha ha. She was an awful van. You had to wear a gum-shield to drive her or you risked breaking teeth!!

Anyway, that’s me out. I hope you’ve enjoyed reading this blog post and as always; if we can help or advise, do get in touch. We’ve noticed a spike in people requesting our packing service this year. More and more people are choosing to go out for the day and let the professionals take care of the full removal from planning to execution. If you fancy going to the seaside for the day or even the pub whilst we take care of everything, let us know when you request a survey and we’ll be glad to provide an estimate.