Here at Monstermove Removals we pride ourselves on helping home-owners throughout the country achieve a pleasant house removal service, especially in the stressful times of moving property. We strive to develop the industry by providing a professional and reliable service to combat the overwhelming quantity of cowboy agencies and individuals.

Monstermove UK are based in Kingston Upon Hull, East Yorkshire. Due to the consistent customer satisfaction and retention which lead to widespread word of mouth marketing, we now offer a national house removal service, all of which can be obtained at highly competitive prices.

Learn more about our house removals service by giving us a call on 01482 781085 or completing our free quotation form. 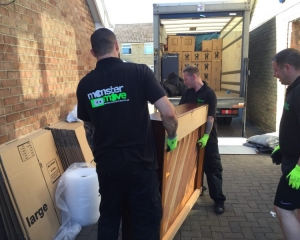 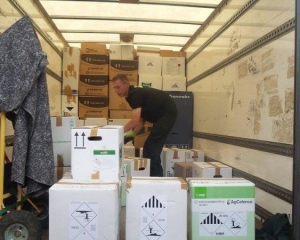 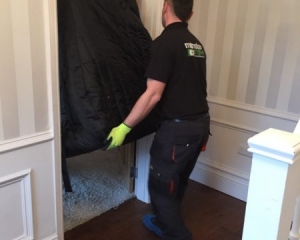 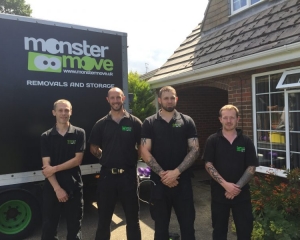 It’s always worth checking out your selected house removal company in Hull & East Yorkshire before committing. The removal company you choose needs to be findable, professional and insured at the very least. Some companies out there literally live day to day from a mobile phone; they don’t care if you’re happy with their service, if a problem occurs they can simply change their number or even company name and start a fresh. They have no signage on their van, no website, no feedback and no contact details. If they break something, lose something, steal something there is nothing you can do.

We Have The Correct Insurance

Insurance is more important than you probably realise. Fair enough our goods in transit insurance covers your property whilst it is on the move and our public liability insurance will have your wall rebuilt should one of our vehicles come into contact with it but an imperative type of cover that we know many removal men go without is haulage insurance.

To move peoples’ property for hire or reward (commercially for example) you must carry commercial insurance. It is an extremely costly overhead, the difference is £500 per year for carriage of your own goods, or social, private and domestic as I’m sure anyone who drives is familiar with; or £3500 per year for commercial/haulage insurance, that’s per vehicle too!

If we were to be stopped by the police with the cheaper private insurance that is mentioned above whilst carrying your goods then we would be taken to court, as if we had no insurance at all. The wrong insurance isn’t any better than carrying no insurance. What’s more our van will be impounded immediately, unfortunately with its contents (that will be your worldly possessions). The best you can hope for is a reasonable police officer who will allow you some time to organise another removal company to come and recover your goods from the roadside.

We have known of this personally as we have been given half an hour to get to the Goole junction of the M62 to recover a customer who had used a ‘cheap’ company to move her to Manchester. She had previously spoken with us, found a cheaper quote and called us back after getting some ridiculous quotes from companies close to Goole quoting her silly money and trying to cash in on her situation. The Manchester company that she had gone with initially demanded payment too because they needed her money to get their van out of the impound! Imagine that on your removal day!

We promise not to let you down

We invite you to take a look at our company. We are extremely work proud, customer focused and tick all of the boxes above. Once you are in our schedule you are under our wing and we will do whatever we can to help and advise with your house removal. It is a struggle for us in some ways being the legitimate company that we are as we have to push through the foul experiences that our customers have been through in the past. We often hear on the phone lines like “I’m not being funny but I have a very expensive sofa and the last removal company I used broke stuff”. Once we have worked for someone they will not use another removal company in the future unless they really have to. It is nice to know of a company you can depend on. Everyone has a favourite chippy and takeaway etc. so allow us the chance to qualify as your number one removal company. We promise not to let you down.

Packaging Materials for your house removal

Having the right packaging materials will save you money. We can utilise the capacity of our vehicles much more efficiently if you have purpose made removal boxes. House removals Hull that include lots of different sized boxes such as crisp boxes and nappy boxes are extremely difficult to pack. Black bin bags are also a main cause of house removals Hull spreading over two journeys. We can provide all of your packaging materials at a discounted rate, this is a service that we provide only to our customers. Get in touch with us with your requirements.