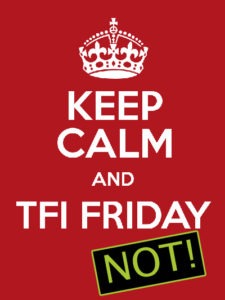 Friday removals in Hull! The big day of the week in the house removal industry. Everybody wants this day as it’s the day that the moving chains start to move. Most of our Friday clients could be classed as friends by the time we move them as many of them have been keeping in touch for weeks, sometimes months weighing up our availability or booking in and rescheduling to fit in with another party in the dreaded chain!

So many people are moving on this day of the week. Each party involved has a solicitor, an estate agent, a removal company and a bank to work around; not to mention all of the other people in their chain. Everybody who is in the process of moving has done everything that they can and are in the ‘hope for the best’ frame of mind! One minute we will be hard at it loading our vehicles because the new occupants of our customer’s house are waiting to move in then the next minute we are sat outside our customer’s new house waiting until they receive their key. What’s more 90% of movers get their keys between 1pm and 4pm. And there could be eight people in a chain, all literally shifting seats like you did at the school party when they had you playing musical chairs. So you can imagine how streamlined we have to be to execute that sort of arrangement. I’m not saying it always goes well though. There are too many variables involved which make it impossible to design a fool-proof strategy. One blob by a solicitor and it all falls apart and you would be surprised at how many times this happens and there goes a smooth Friday removals in Hull, right down the pan! 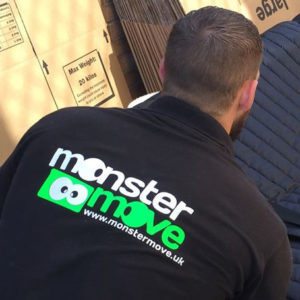 It’s such a crazy an badly organised system, you would never believe that the process happens every week and has done for many, many years. You would think somebody, somewhere would have realised that this area needs improvement and done something about it! We would make a stand but nobody listens to removal men! We’re only there to move the furniture :p

We feel for the customer

Some of the customers that we move haven’t moved in forty years. They have no idea what lies ahead. We advise customers to have a contingency plan in place for if it all goes belly-up but if we told them just how chaotic moving is, they wouldn’t believe us. We had a gentleman in our schedule late last year, he had rebooked his house removal numerous times and the last time he cancelled was at 4pm on a Thursday. It was the day before he was supposed to be moving and he called us and apologised for the inconvenience. His words were ‘Mark, I don’t know what to do, my beds are dismantled, the child-care is organised and my dogs are in the kennel and my solicitor has just called me to say that I aren’t moving tomorrow and he can’t tell me when I will be able to move’. This was after two months of organising the move. When he finally called with a definite date, he only had 24 hours notice and we had no availability. I can only imagine the stress he had finding another decent removal company in the time he was given.

If there is anything that you can do to avoid Friday removals in Hull then our advice is definitely do it! Any other day will make for a much less stressful move. Availability on any other day of the week is more common and what’s more, all of the parties involved in the house moving industry aren’t running at full pace, tripping over each other.

As always if you need any help or advice, we’re only an email away. You can contact us on this page. We’re always happy to lend a hand or some experience where we can.