This obviously isn’t the Best removal company! I’ll start with saying that but they did manage to break a record in Wales with the most overloaded van in history. It sounds funny at first but when you overload a vehicle to this extent, the working components such as brakes and suspension are working outside of the parameters they were designed for which makes it unsafe. An accident waiting to happen if you will and when you think that it was on a busy A road, travelling at speed among many other fast travelling vehicles, then the funny side soon wears off. Best removal company!

North Wales Police say they have recorded their “highest ever overload” of a vehicle after stopping it at a weighbridge on Tuesday.Officers from the Commercial Vehicle Unit stopped two vans at Ewloe in Flintshire as they were travelling in convoy along the A494.The first vehicle was 82.5% overloaded with the second 31% overloaded. 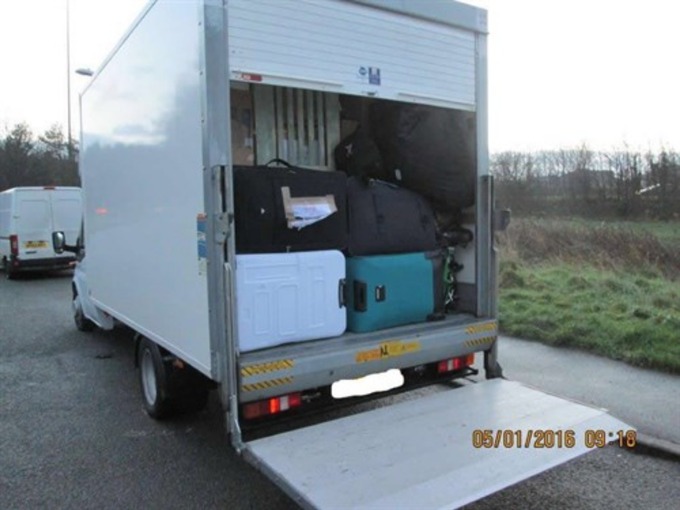 The main issue here is that the vehicles used were inadequate for the purpose. This could be for a number of reasons, let’s go through them.

It could be that the company/persons carrying out the job either underestimated it or were ill equipped. It’s easy to load a van. In fact most vans will accommodate a far greater payload than their weight will safely or legally allow.

On the other hand, it could have been a calculated risk. These days, so many people are buying a van and offering a removal service. Many of these people are not experienced, unskilled, not adequately insured and they will load a van full until it is within an inch of its life and go on a cross-country trek! Because of this, the legitimate companies are under pressure. It costs substantially more to do a job safely and legally. With taxes, wages, insurance and maintenance; removal companies are on a tight budget and when you add the daredevil competition undercutting them then it is easy to see why they will to put that little extra in a load to be competitive on price comes to mind. 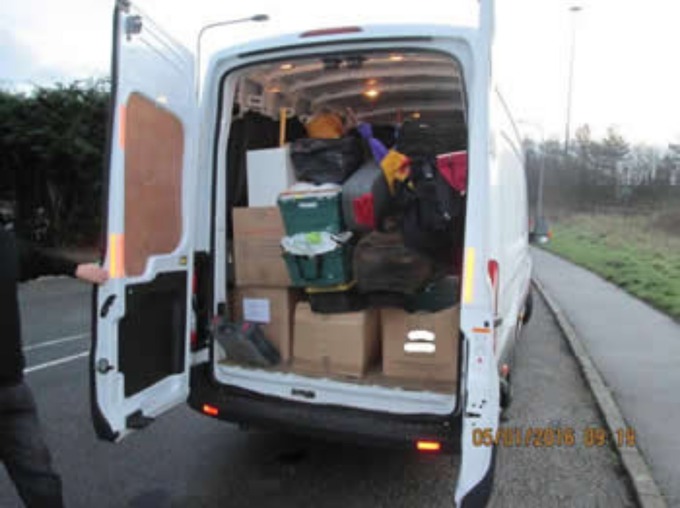 So how far overweight were these vehicles?

The Luton, which is the larger van was 82.5% overweight. This is easily done in a Luton van as if you were to fill one a quarter full with books then you would be nearing the legal weight limit. This van has a Maximum Gross Weight (MGW) of 3500kg or 3.5 tonnes. This means that the vehicle weight including its cargo must not exceed 3500kg. If this van was 82.5% overweight than the actual weight of the larger vehicle was 6387.5kg. The brakes and suspension were under enormous strain on this trip.

The smaller van has the same weigh limit as it has a similar chassis and running gear set up and was 31% overweight. This van weighed in at 4585kg. Not quite as bad as the Luton van but still, pushing the limits pretty far! Luton vans can accommodate around a single tonne in weight if they have a tail-lift fitted or around 1300kg without a tail lift.

We have seen this situation before and it has a fairly standard outcome. The DVLA will order the driver of the overloaded van to unload enough cargo to make it safe, there and then, on the road-side. If that is your property in the vehicle then it will literally be but on the cold, hard (and quite possibly wet) floor, wherever it has been stopped and weighed. Imagine that on move day! The driver would then be expected to drive and unload the contents and then come back for the remainder, however many journeys it takes. In this example, the driver was fined £1000 in addition. The article isn’t very descriptive about this part but I would assume that the fine applied to each vehicle, since at least two offences were committed.